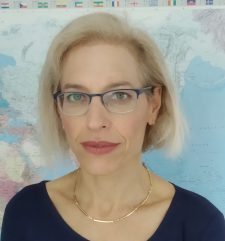 Prior to embarking on an academic career, Professor Ronen served almost a decade as a career diplomat and lawyer in the Ministry of Foreign Affairs, and was a member of the Israeli team in the Oslo Process. She also represented Israel in various human rights fora, and served as spokesperson in the Israeli embassy in New Delhi, India.