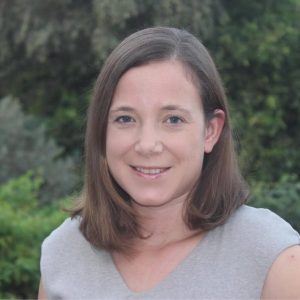 Pamela Laufer-Ukeles is Professor of Law and Healthcare Administration at the Academic College of Law and Science.  She is originally from the U.S. where she was Professor of Law at the University of Dayton.  She has been a visiting professor at a number of colleges, including the University of Montreal, Bar-Ilan University and the Inter-Disciplinary Center in Herziliya.    Prof. Laufer-Ukeles received her B.A., Magna cum Laude, in philosophy and economics at Columbia College, Columbia University, and her J.D. from Harvard Law School.   She was a Fulbright Fellow and Harvard, Kennedy Traveling Fellow at Bar-Ilan University researching in the field of bioethics.  She was an Equal Justice Fellow at the Hale and Dorr Family Law Clinic at Harvard Law School a teaching fellow in the department of government at Harvard College, teaching political philosophy.  Prof. Laufer-Ukeles worked as a litigation associate at Debevoise and Plimpton in New York, and Meitar Law Firm in Tel Aviv.  She clerked for the honorable Judge Victor Marrero, Federal District Court, Southern District New York.

Her fields of expertise include torts, family law, health law, bioethics, children’s rights and elder law.  Her research focuses on legal analysis of complex and collaborative family-making through surrogate motherhood, gamete donations and adoption.  Her research and writing also involve the law of children’s rights, caregiving and caregivers, women’s rights, informed consent, relational rights and relational autonomy, definitions of parenthood, breastfeeding and torts between spouses and unmarried partners.  She is editor of a forthcoming compilation of essays, titled Global Reflections on Children’s Rights and the Law: 30 Years After the CRC (Routledge).  Her work has been published in numerous books and journals, including the Indiana Law Journal, the Connecticut Law Review, the George Mason Law Review, the Harvard Journal of Law & Gender and the American Journal of Law & Medicine.  Currently, she is working on projects involving pre-implantation embryonic gene editing, childhood circumcision and promoting children’s interests in the context of unmarried parenthood.

Global Reflections on Children’s Rights and the Law: 30 Years After the Convention on the Rights fo the Child (Routledge, forthcoming) (co-editor Ellen Marrus).

The Health/Care Divide: Breastfeeding in the New Millennium, 35 Columbia Journal of Gender and the Law (2018).

Between Function and Form: Towards a Differentiated Model of Functional Parenthood, 20 George Mason Law Review 419 (2013) (co-authored with Ayelet Blecher-Prigat).

Selective Recognition of Gender Difference in the Law: Revaluing the Caretaker Role, 31 Harvard Journal of Law & Gender 1 (2008) (lead article) (reprinted in Women and the Law (West 2009)).